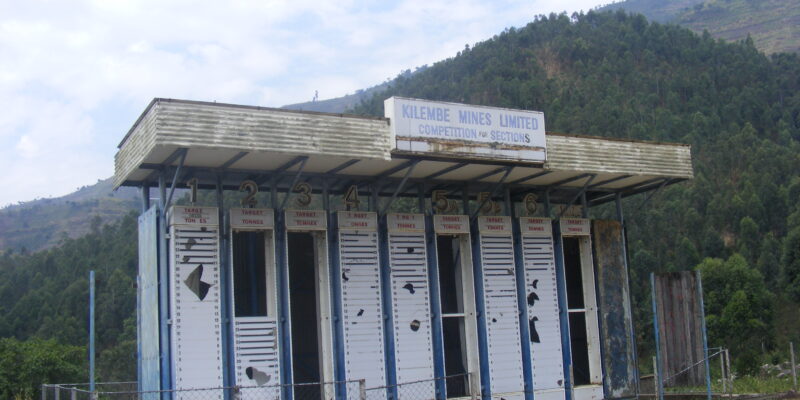 Four out of the seven companies that have emerged as the best evaluated bidders for the redevelopment of Kilembe copper mines come from China.

Another company that made the shortlist is Mota-Engil Uganda, a subsidiary of Mota-Engil, an originally Portuguese construction firm, now with strong Chinese linkages. China Communications Construction Company’s (CCCC) holds a 32.4 per cent stake in Mota-Engil.

The list that was initially scheduled to be released at the end of June was published this week.

Kilembe Mines is not new to Chinese investors. In 2013, Uganda’s government awarded Tibet-Hima, a Chinese consortium, a 25-year concession to revamp the mines. However, in 2017, government terminated the concession saying the firm had failed to fulfill most of its contractual obligations.

Over the last 15 years China has sought to secure, across the globe, the natural resources and raw materials needed to sustain its rapid economic growth in its manufacturing and industrial sectors. In Uganda, Chinese companies already have a sizeable footprint in gold, iron ore, phosphates, marble and oil and gas.

Jervois Global from Australia and Sarrai Group, an East African conglomerate headquartered in Uganda, though originally from Kenya, are the other two that made the final shortlist for Kilembe.

Uganda is seeking to revamp the production of copper and cobalt at Kilembe to take advantage of the growing global demand for electric vehicles (EVs), which depend on battery minerals – including cobalt, lithium, graphite and nickel – used in the production of lithium-ion batteries to power the EVs.

Clean energy minerals are key in the ‘Green Revolution’ as well. This includes all metals that go into making wind turbines or solar panels such as aluminum, copper, graphite and rare earth elements (REEs).

Incorporated in 1950, Kilembe Mines Limited (KML) is jointly owned by the Government of Uganda (over 99 per cent) and the Estate of the late Rukiidi III, the Omukama of Tooro Kingdom (0.005 per cent).

In the 1960s, the minerals’ industry, led by KML, accounted for about 30 per cent of Uganda’s gross domestic product (GDP).

Between 1956 and 1982 two Canadian companies Frobisher and Falconbridge and later the government of Uganda oversaw the mining of copper at the Kilembe mines on the footholds of Mount Rwenzori in Kasese. KML also ran a copper smelting plant in Jinja. The mining was later stopped due to depressed world copper prices and civil unrest.

Since then, KML has operated on a care and maintenance basis.

In a 2007 speech, Fred Kyakonye the then acting general manager at KML noted that an ore reserve in the “proven” and “probable” categories of 4.1 million tonnes grading 1.77 per cent copper remained unexploited when mining ceased in 1982. This was in addition to the unexplored ore on the rest of the 2,000 acres of the mining lease.

The quantity of the associated minerals including cobalt, nickel, zinc, silver and gold at the mines have also never been fully ascertained.

Whoever wins the bid to redevelop Kilembe is expected to verify this data and carry out more exploration on the license area.

The new investor will also be expected to set up refining plants that will produce pure metals (cathodes), which can be used to manufacture finished products like copper wires.

The Request for Proposal (RFP) stage is expected to be delayed with reports suggesting that some of the unsuccessful companies who did not make the “best evaluated bidders” shortlist intend to petition the government of Uganda through the office of the Inspector General of Government (IGG) for a reconsideration.

The companies whose bids were rejected for failure “to meet the minimum requirements of the Expression of Interest (EOI)” are Ad-Meriola, Blencowe Resources, Falconbridge Resources, Green Road ARC Resources, Puma Resources, Three Tier Construction and Victory Advisory and Horizon Corp.