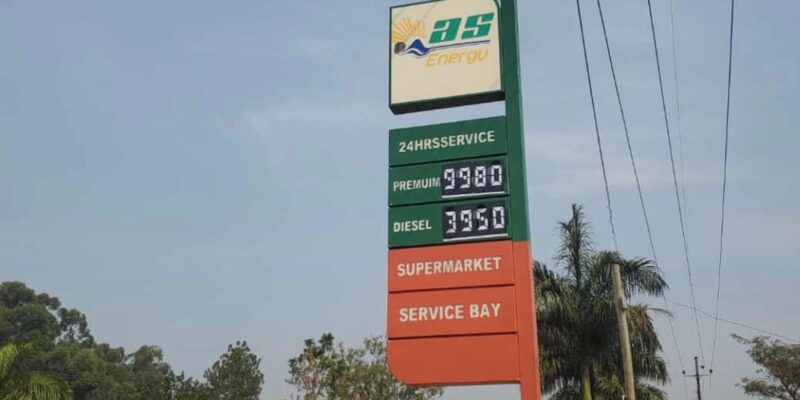 The Government of Uganda has warned Oil Marketing Companies (OMCs) against hiking fuel prices beyond the “agreed rates” because they risked having their licenses revoked.

Solomon Muyita, the spokesman of the Ministry of Energy and Mineral Development(MEMD) told this website that East African governments negotiate with suppliers a standard price, every time a new order for petroleum products needs to be made. A supplier with the most attractive offer is then selected and thereafter, the OMCs purchase the petroleum products at the agreed rates.

“As government, we are aware of the price at which the petroleum products are purchased because we are involved in the negotiations in the first place. That is why we are telling the companies not to overcharge the users, even if they are operating in a liberalized economy. At UGX 5,000 per litre of fuel, the petroleum companies are able to make a profit,” Muyita said.

Asked whether UGX 5,000 was the most that companies would charge for fuel, Muyita said the limit was not set in stone; rather it is determined by prevailing global conditions when an order is being placed.

In a January 14, 2022 statement, the MEMD said the shortage of fuel in the country, that had resulted in fuel prices raising from UGX 4,600 to over UGX 10,000 in some places like Hoima district, had been caused by a delay at the Malaba and Busia border entry points where all truck drivers are expected to undergo Covid-19 testing.

A net importer of petroleum products, Uganda’s fuel products mostly come by road through the port of Mombasa in Kenya.

The country consumes about 6.5 million in petroleum products daily, according to available data.

“Supply was normal with drivers allowed to present negative Covid-19 results from Kenya until January 1, 2022 when a directive was issued requiring them to undergo testing at the entry points. This resulted in a buildup of a queue of trucks as none were entering the country,” reads the MEMD statement.

A $30 charge per test had also dissuaded many drivers, who parked their trucks in protest. With trucks spending up to 10 days held up at the border, the turnaround time was affected which reduced petroleum products stocks in Uganda. 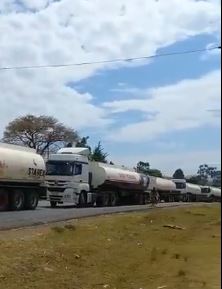 Fuel trucks from Kenya queuing up at the border

Uganda’s economy was also recently reopened following an extended partial lockdown due to Covid-19, which also contributed to the spike in fuel consumption according to the MEMD statement.

The MEMD statement says the Ministry of Health commenced free Covid-19 testing at the border on January 12, 2022, freeing up some trucks to start coming into the country. It added that the queue would be cleared in a “few days” which would result in supply and prices returning to normal.

With some reports indicating that the Covid-19 free-test offer would only last a week, it is feared that Uganda has not seen the last of the fuel crisis.