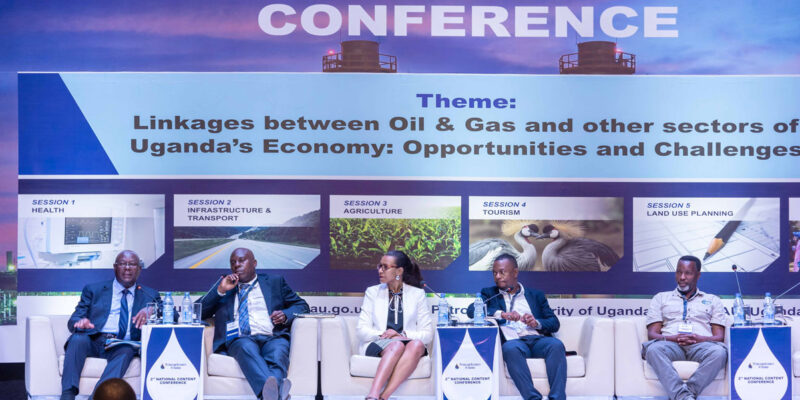 When evaluating national content compliance during contracting in the oil and gas sector, the value created in the economy rather than the nationality of the directors, will determine whether a company qualifies to be called a Ugandan entity, according to Earnest Rubondo, the Executive Director, Petroleum Authority Uganda (PAU).

Rubondo was responding to a query at a media briefing earlier this week.

Adding, “The National Content aspects in Uganda are focused on value addition; as in how much value is added to the Ugandan economy.”

The National Content Policy defines “National Content” as the value added or created in the Ugandan economy through the employment of Ugandan workers and the use of goods produced or available in Uganda and services provided by Ugandan citizens and enterprises.

There has been a lot of debate over what defines a Ugandan company, especially seeing that the supply of 16 goods and services to the oil and gas sector has been ring-fenced for Ugandan entities only. Besides in the event that several firms tie, in a bidding competition, the one with more National Content characteristics is awarded the contract.

As such, Rubondo noted, the Agha Khan owned Serena Hotels’ franchise which employs Ugandans and buys local goods and services while delivering high quality hospitality could be more of a Ugandan entity than many locally owned firms, which hire foreign workers and import most of their goods and services.

“The ownership aspect only focuses on the profits being taken by a Ugandan owner but ignores the entire value that the company would add to the country’s economy,” said Rubondo.

In addition to the above, a Ugandan entity also has several other characteristics which investors need to pay attention to otherwise they would risk losing out on opportunities because of non-compliance, as explained in detail in another article on this website by Denis Kakembo, the Managing Partner at Cristal Advocates.

Oil companies recently submitted contracts worth US$ 6 billion for over 40 work packages for the Tilenga, Kingfisher and East African Crude Oil Pipeline (EACOP) Projects to the PAU for approval; with at least $3 billion set to be invested in the country in 2022.