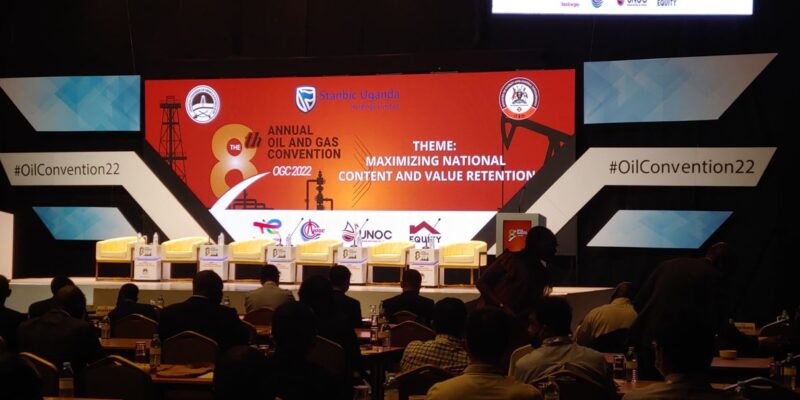 While past summits have largely been dominated by wishful thinking, the feeling of optimism is expected to be central at the eighth Annual Oil and Gas Convention that starts today, April 12, 2022 in Kampala.

This is because the event, to be held under the theme, ‘Maximizing National Content and Value Retention’, comes in the wake of the taking of the Final Investment Decision (FID) on February 1, this year for the development of various oil projects.

At least $15 billion is expected to be spent in getting Uganda’s oil industry to the commercial production stage by 2025. This will mainly go towards the construction of the 1,445 km East African Crude Oil Pipeline (EACOP) and the development of the Tilenga and Kingfisher oil fields.

Organized by the Uganda Chamber of Mines and Petroleum’s (UCMP), the two-day convention intends to largely expound on how best the available opportunities can be exploited.

“If only 30 per cent of the $15 billion investment can be spent on local entities, it would have a dramatic multiplier effect; uplifting many other sectors including manufacturing, logistics, agriculture and tourism,” says Patrick Mweheire, the UCMP Chairman who is also the regional chief executive for the Standard Bank Group for Eastern Africa. 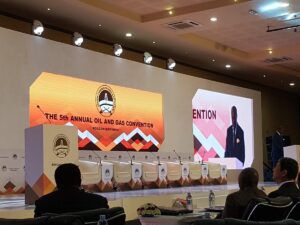 Elly Karuhanga, the UCMP chairman then, speaks at the 2019 convention

The Tilenga, Kingfisher and the EACOP projects are expected to have over 60 main Tier 01 contracts; and at least a few of these have already been awarded.

These include the main Engineering Procurement Supply Construction and Commissioning (EPSCC) contract for Tilenga awarded to the consortium of McDermott/Sinopec, in addition, to another ten drilling and well management deals.

On the other hand Excel Construction, a Ugandan company, was awarded the civil works, well pads and access roads construction contract at the Kingfisher project.

Additional contracts for the Kingfisher project, including drilling and well services will be awarded later this year.

The majority of Ugandan companies are expected to provide goods and services as Tier 02 contractors.

Contracts worth over $300 million out of the $3.9 billion for the Tilenga and Kingfisher projects that have been presented to the Petroleum Authority of Uganda (PAU) for approval, are expected to be awarded directly to Ugandan companies.

The convention will also tackle topics related to financing and joint venture partnerships.