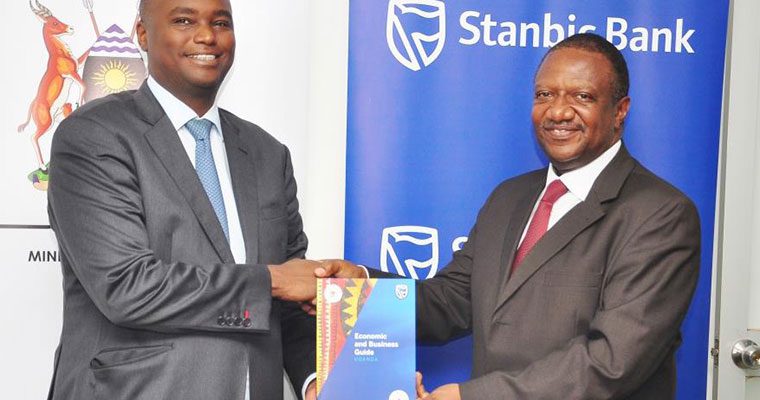 Stanbic bank estimates Uganda’s economy will rebound to the 5 percent growth levels partly as a result of the expected investments in the oil and gas sector.

While releasing its half-year numbers for 2017, where the bank’s profit after tax dropped by 11 percent to Shs 95 billion compared to the same period in 2016, Patrick Mweheire, the chief executive, said the “oil and gas sector spend of circa $15 billion should be a strong catalyst for 2018-2020.” Much of this money is expected to be channeled towards the construction of a crude export pipeline and a refinery.

Stanbic Bank, the largest bank in Uganda in terms of assets, is looking closely to tap into the oil and gas industry by offering credit for businesses.

On August 18, Stanbic Bank and Industrial and Commercial Bank of China will hold a workshop at the Sheraton hotel in Kampala to “explore opportunities for cooperation between Ugandan and Chinese businesses in the oil and gas sector.”

Chinese firm Cnooc is one of the three upstream oil companies operating in Uganda today. The company is preparing the Kingfisher field, which holds more than 500 million barrels of oil, for production.

Mweheire was recently appointed the vice-chairman of the Uganda Chamber of Mines and Petroleum, an association of private businesses that seek to engage the government to further improve the business environment in the extractives industry.