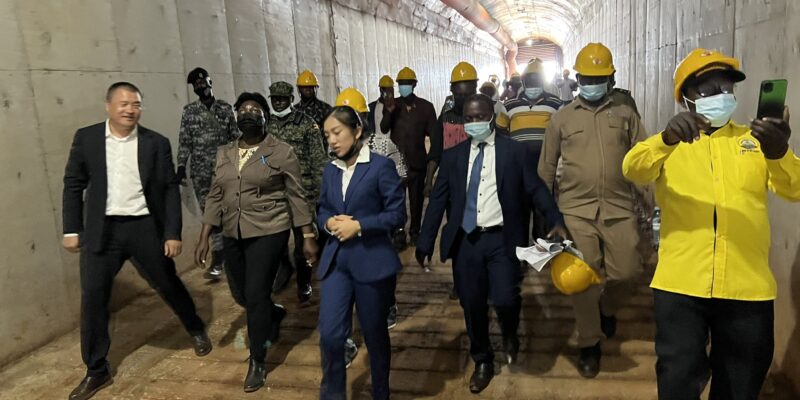 Ruth Nankabirwa, the Minister of Energy and Mineral Development, Nankabirwa has spent the week visiting a number of mines and plants in Eastern Uganda to get a better understanding of the minerals subsector.

The minister who is in the company of Peter Lokeris, the State Minister for Minerals, has toured the Tororo, Hima, and Simba cement factories and the pozzolana mining operations in Bulambuli, Kwen and Kapchorwa districts.

She also visited the Wagagai and Tiira gold mines in Busia, which she hailed as the most “organized” in Uganda. Wagagai plans to process 5,000 tons of gold ore per day and export about 1,000 tons of processed gold annually once production starts in 2025.

Having been appointed to the docket only last year, Nankabirwa’s familiarization tour of the minerals subsector in the third quarter of the 2021/22 financial year, is intended to furnish her with key information about ongoing projects and prospects to enable better planning and support to the sector, the ministry spokesperson, Solomon Muyita said. 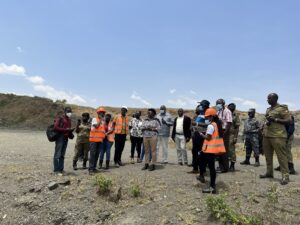 The ministers at a pozzolana mine

Uganda’s minerals subsector has remained largely unexploited despite its potential. Greenfield projects, where minimal to no previous exploration has occurred, dominate with a large percentage of minerals production attributed to artisanal mining.

Investments like the African Gold Refinery (AGR) in the last decade are what have kept the subsector relevant in recent years with gold exports amounting to more than $1.2 billion at the end of 2020, surpassing the billion-dollar mark for the first time.

Projects like Wagagai, which is expected to invest up to $200m in the gold production value chain, are what the Ministry is hoping to attract, after the passing of the Mining and Minerals Bill, 2021 by Parliament last month.