DEI – Members of Parliament from the Environment and Natural Resources Committee (ENRC) have been urged to expedite the enactment of the East African Crude Oil Pipeline (EACOP) law, the last piece of legislation needed to guide the commercial activities of the crude oil pipeline project in Uganda. 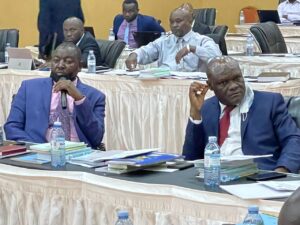 The MPs met various government stakeholders recently at a retreat in Kampala who explained the EACOP (Special Provisions) Bill 2021 to them. The Bill’s first reading in parliament happened on October 5, 2021, before it was referred to the ENRC for processing over 45 days. 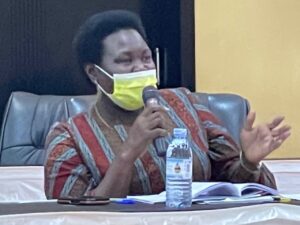 “The country has been eagerly waiting for Uganda to achieve First Oil, and we have fulfilled most of the requirements. The EACOP legislation is among the last steps to ensure the development of the projects leading to First Oil. The ball is now with Parliament,” said Ruth Nankabirwa, the Minister of Energy and Mineral Development.

The National Development Plan III identified the petroleum sector as an anchor in the transformation of Uganda’s economy through revenue generation, infrastructure development and job creation, the minister added. 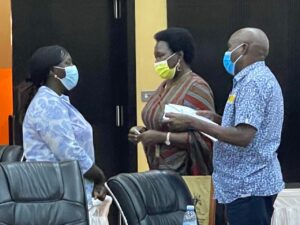 Irene Batebe, the MEMD Permanent Secretary, noted that with the law in place, Uganda would unlock a US$ 15 billion investment into the sector.

Ernest Rubondo, the Executive Director of the Petroleum Authority of Uganda (PAU), said: “If ENRC doesn’t support the speedy enactment of the Bill, we’ll be at a loss as a country regarding the oil resource.” 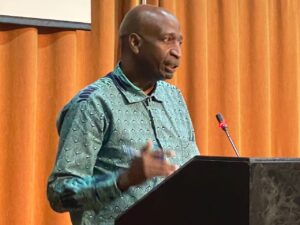 The Attorney General, Kiryowa Kiwanuka, said the EACOP law would domesticate an existing treaty between Uganda and Tanzania before the EACOP company embarked on the pipeline construction.

The ENRC chairperson, Dr Emmanuel Otaala, said: “We are interested in first understanding how the EACOP project will transform the lives of ordinary Ugandans and the viability and sustainability of this crude oil pipeline.”

The committee, he added, will also undertake capacity building trips to India, West Africa and France.

The State Minister for Energy, Sidronius Okasai Opolot, promised the MPs all the necessary technical support required to enrich their work.

The 1,443km-long EACOP that will run from Hoima in Uganda to the Tanga Port of Tanzania will cost US $3.5 billion to construct. Through the Uganda National Oil Company (UNOC), the country controls a 15 per cent stake in the pipeline while the rest is held by TotalEnergies (62 per cent), Tanzania (15 per cent), and CNOOC (8 per cent).

Uganda’s total financing requirement to EACOP is US$ 293 million with the first cash call obligation of US$130 million already advanced to UNOC.