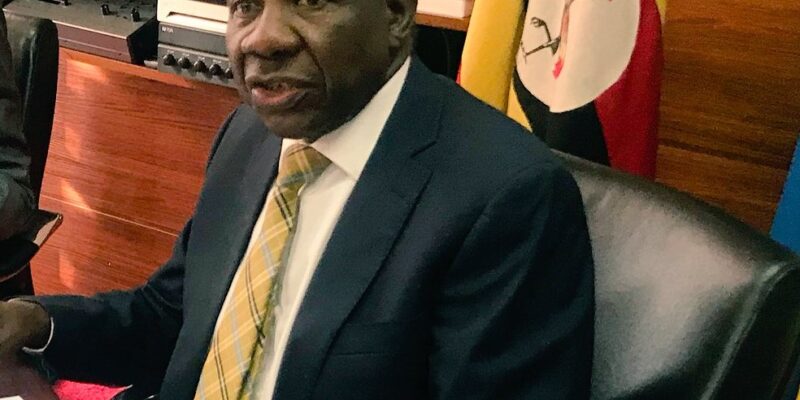 The Association of Oil Marketers has petitioned the Minister of Finance, Planning and Economic Development to intervene in its tax dispute with the Uganda Revenue Authority (URA).

The association that represents over 40 oil marketing companies (OMCs) want the 15 per cent withholding tax the URA has imposed on all foreign transport payments to be rescinded with immediate effect.

Though the URA demands are recent, the tax dispute goes back to 2019 and involves not only the OMCs but logistics firms and manufacturers as well. The Attorney General has cautioned URA against this very tax imposition before.

In their petition dated January 24, 2022 to Matia Kasaija, the Minister of Finance, Planning and Economic Development, the oil companies claim that the new tax will increase their transportation costs, which will inevitably translate into increased fuel prices for the final consumer at the pump. 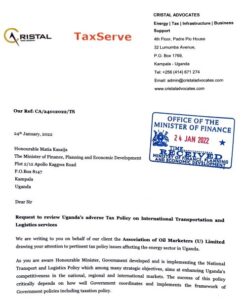 “Ultimately, I foresee the URA demanding that all importers of goods into Uganda account for this 15% withholding tax on the foreign transportation costs. This will then push the incidence of this tax on Uganda’s economy because the local importers will bear the tax charge hence increasing the cost of doing business and undermining the competitiveness and productivity of the economy,” said Denis Kakembo, the Managing Partner at Cristal Advocates, the law firm representing the oil marketers association.

He added: “But more importantly, as Uganda moves into the development phase of its oil and gas sector, a lot of inputs will be imported. If this tax imposition is not thought through clearly, there will be project cost overruns that may derail Uganda’s First Oil projected to flow in 2025 because at project evaluation stage, this tax imposition was never taken into account.”

Uganda is presently experiencing fuel supply constraints because of bottlenecks arising from discontented transporters, and the withholding tax will potentially escalate the fuel shortages in the country.

An official from the Uganda Freight Forwarders Association (UFFA), welcomed the “additional voice from the oil marketing companies” which he noted would enhance similar efforts from the logistics’ body.

“We have also been seriously affected by this new tax that we think URA is collecting unnecessarily. Through the National Logistics Platform, we have asked the responsible authorities to remove such excessive taxes,” the official, that preferred anonymity, said.

Tanzania, Kenya, Zambia and Ethiopia are some of the countries that do not tax foreign transportation payments unless the recipient of those payments is established as a business in their countries.