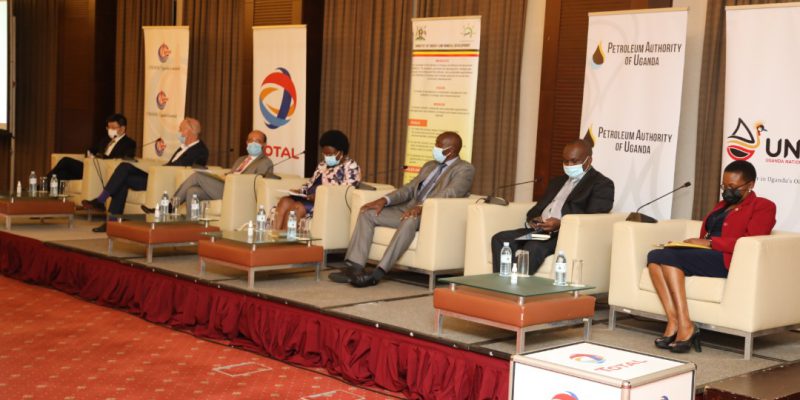 The signing of key oil and gas agreements on Sunday, April 11, 2021, was a major requirement for the announcement of the Final Investment Decision (FID) and a historic milestone in Uganda’s journey to First Oil, Dr. Mary Goretti Kitutu, Uganda’s Minister of Energy and Mineral Development, has said.

“The launch of the oil and gas projects on Sunday paved way for the East African Crude Oil Pipeline (EACOP) Company to award the main Engineering, Procurement, and Construction (EPC) contracts. The award of these contracts is important because it opens up substantial opportunities for Ugandans and Ugandan companies to provide goods and services for the construction of the EACOP,” the minister said at a press conference on Tuesday, April 13, 2021.

The key agreements concluded on Sunday included the Host Government Agreement (HGA) between the Government of Uganda and the EACOP Company, the Shareholders Agreement (SHA) that defines the rights and responsibilities of the shareholders in the EACOP company and the Tariff and Transportation Agreement (TTA) which defines the rights and responsibilities of the shippers on one hand, and the transporter on the other hand.

The EACOP Co shareholders are the Uganda National Oil Company (UNOC) with 15%; the Joint Venture Partners (Total Holdings International B.V. with 62% and CNOOC Uganda Limited with 8%) and the Tanzania Petroleum Development Corporation (TPDC) which is expected to take shareholding of up to 15%.

“The SHA is significant because it has constituted the EACOP Company, and will now guide the funding of shareholding, finance structure, and general governance of the company,” said Kitutu. 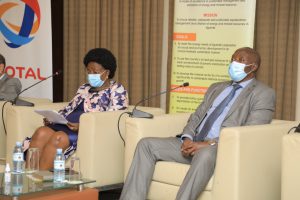 The final investment decision (FID) is the point in an energy project in which the operator approves or sanctions the project’s future development. Arriving at the FID demonstrates the commitment the respective governments and oil companies have for the projects.

Getting to this point, however, necessitates cautious planning, negotiating, institutional building, enterprise development and human resource training in addition to targeted infrastructure investment, amongst many other such demands.

With the EPC contracts being awarded now, construction of the key infrastructure projects, such as the pipeline and the central processing facilities, is projected to start this year with First Oil estimated to flow within four years.

The significant investment into Uganda’s economy that has now been unlocked includes the implementation of the Tilenga Project in Buliisa and Nwoya districts (approximately $4 billion); the Kingfisher Project in Hoima and Kikuube districts (approximately $1.5 billion); and, the EACOP that will cross the ten (10) districts of Hoima, Kikuube, Kakumiro, Kyankwanzi, Gomba, Mubende, Lwengo, Sembabule, Kyotera and Rakai in Uganda (approx. $3.6bn).

“This is in addition to what Government is already investing in the required support infrastructure, including Hoima International Airport (over $500m) and 700 kilometres of oil roads (approx. $900m),” said the minister.

The Sunday event was graced by President Yoweri Museveni of Uganda and President Samia Suluhu Hassan of Tanzania. 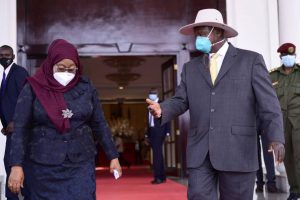